Assault with a Deadly Weapon, Battery and Vandalism Arrest

Early Sunday morning, just after 1:00 am on February 3rd, the Sonora Police Department responded to the Officer Bar for an assault.  It was learned that the bartender and the bouncer were both assaulted by 21-year-old Joseph M. Kish after attempting to remove unruly patrons from the establishment.

According to statements gathered, Kish was in an argument with other subjects in the bar.  Both the bartender and the bouncer attempted to remove the subjects at which point Kish became violent with the bartender; punching her and shoving her to the ground.  While the bouncer was attempting to eject another violent subject, the unknown man became violent toward the bouncer and wrestled him to the ground.  While on the ground, Kish kicked the bouncer in the head.  Once Kish and the other violent subjects were outside, Kish broke a window to the entrance door attempting to get back in.  Kish and the other unknown subject fled the area when law enforcement was called.

Kish was located and arrested a short time later.  He was booked for felony assault with a deadly weapon against the bouncer, misdemeanor battery against the bartender and misdemeanor vandalism for damaging the window.  None of the reported injuries were serious in nature. 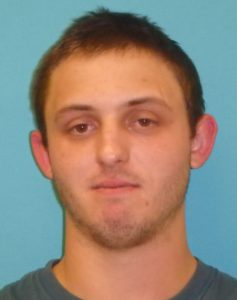