6 June 2016, at approx. 5:00 pm, an Officer stopped a 1999 Chevy Suburban for failing to stop at the stop sign at the intersection of Morning Star Drive and Morning Star Court. The Officer contacted the driver who was identified as Lawrence Thompson, 30 of Sonora.

A records checked reveled Thompson had two outstanding warrants for his arrest. Both warrants were for failing to appear in court on possession of drug charges. Thompson was taken into custody on the warrants without incident.

A search of Thompson’s vehicle, incident to his arrest on the drug warrants, revealed 3.9 grams of methamphetamine, a loaded .357 magnum pistol, an altered .22 rifle, three glass narcotic smoking pipes with residue, two stolen license plates, a knife with metal knuckles, three large knives, illegal fireworks, plus a bag of ammunition.

Thompson was transported to the Tuolumne County Jail and booked for felony possession of a controlled substance while armed, felony carrying a loaded firearm in public, and felony forgery/altering a vehicles registration. Thompson was also booked on the two outstanding warrants, as well as numerous misdemeanor violations related to the traffic stop. 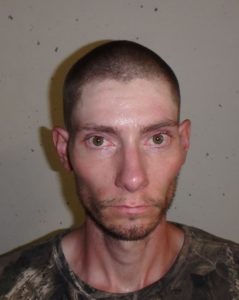