27 August 16, at approximately 12:59 am, Officers responded to a vehicle collision involving two parked vehicles on S. Stewart Street. When officers arrived they located a 2003 Honda Civic, disabled in the middle of S. Stewart Street, south of William Street.

Also during the investigation it was discovered Butynski had just gone through a CHP DUI check point on Mono Way. When contacted by a screening officer, she was ordered to pull to the side of the road and stop. Butynski, slowly pulled to the side, then rapidly accelerated and fled the check point. 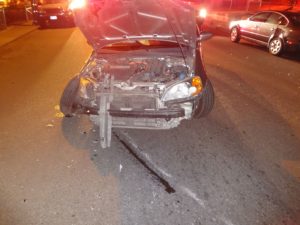 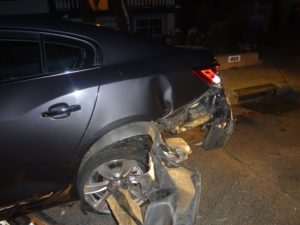 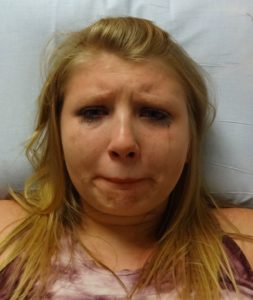