On Thursday afternoon the Sonora Police Department arrested 62-year-old Timothy M. Brown of Jamestown for DUI, Hit and Run, Obstructing a Police Officer, Driving on a Suspended License and a Violation of Probation.

Shortly after 6:00 pm on August 1st, 2019, our office received a call from a victim of a hit and run at the Crossroads Shopping Center.  The caller reported that a large RV had struck his vehicle twice, left the area, struck a street sign, and fled the scene driving over a sidewalk.  He pulled over at the 1100 block of Mono Way and officers arrived to investigate.  The driver, Timothy Brown, locked the doors and tried to hide in the back of the RV.  Officers made multiple attempts to call Brown out of the vehicle, but ultimately, they had to force their way into the vehicle and physically remove him.

Once identified, Brown was determined to be on probation for DUI and had multiple suspensions to his license for alcohol-related driving violations. Brown was booked at the Tuolumne County Jail with a bail set at $100,000. 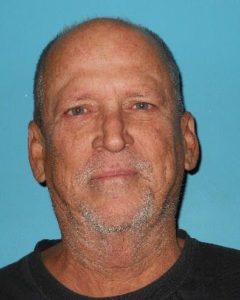