Just after 10:00 p.m. that evening, we received a call regarding a man who was assaulted and bleeding from the head outside of The Officer Bar on Washington Street.  Investigating officers determined that Mr. Hernandez punched the male victim hard enough to knock him into the brick wall, where he struck his head receiving a significant laceration to his scalp.  The victim also sustained a broken ankle in the fall.

Officers later located Hernandez at a nearby motel and arrested him for felony battery with serious bodily injury. He was booked in Tuolumne County Jail with a bail of $50,000. 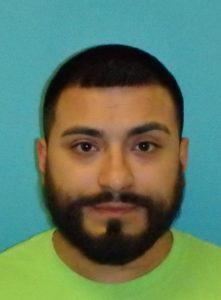