On 2 December 2015, at approx. 2:25 pm, an officer was dispatched to Bank of America, located at 180 S. Washington Street, regarding a possible forgery which had just occurred. Bank staff reported a female had attempted to cash an altered and possibly stolen cashier’s check.

The officer located the suspect in a nearby business. The suspect first gave a false name and date of birth to the officer. She claimed she had received the check online and was attempting to cash it. 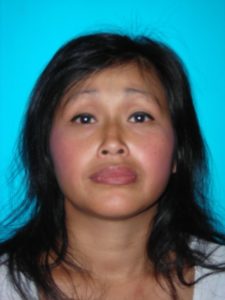