Looking for Suspect in Attempted Assault with a Deadly Weapon 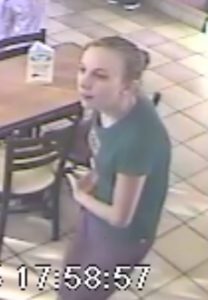 14 June 2015, at approx. 7:09 pm, officers from the Sonora Police Department responded to Subway Sandwiches, located at 665 S. Washington Street, regarding someone attempting to run over a clerk from the business.

The customer then exited the business with a male subject, which she had arrived with. The customer got into the driver’s seat of a late models 1990’s, gold in color, four door Honda sedan, and the male got in the passenger seat. The clerk followed the customer out of the business while speaking with an emergency dispatcher on the phone. When the customer observed the clerk in the parking lot talking on the phone, she accelerated the vehicle and swerved at the clerk in an attempt to hit the clerk with the vehicle.

The customer is described as a white female in her 20’s, approx. 5-7 to 5-8, with medium length blond hair. The male is a white male in his 20’s. Subway was able to provide photo’s of both the female and male, which are attached. 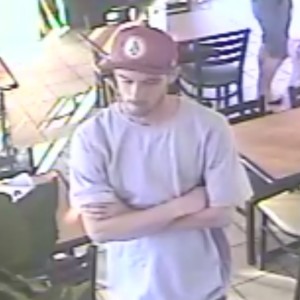 Anyone having information on either one of these two subjects is asked to call the Sonora Police Department at 209-532-8141.

Within 15 minutes of posting this release and photographs, the police department started receiving numerous calls preliminarily identifying both the female and male subjects. The police department has been in phone contact with both parties and the investigation into the matter is continuing.

The Sonora Police Department would like to thank everyone who responded with information on the identity of the subjects and additional information pertaining to the case.