1 March 2016, at approx. 10:16 pm, officers responded to Safeway for a reported shoplifter who was sitting in front of the store. The officers made contact with the subject, who was identified as Nicholas Dolman, a 26 year old transient. Dolman is on California Department of Corrections and Rehabilitation parole for assault with a deadly weapon.
Dolman had several of the stolen items from the store sitting on the ground around him. Dolman refused to comply with commands to stand up and place his hands behind his back. As the officers went to place Dolman under arrest, he became physically combative with them.
Dolman had no reaction to pain compliance control holds. An electronic control device was deployed multiple times on Dolman with no results. Assistance was requested from the Tuolumne County Sheriff’s Office to help take Dolman into custody. The officers and deputies were finally able to restrain Dolman and cuff him.
A records check showed Dolman was a parolee at large. Dolman was transported to the Tuolumne County Jail and booked for felony violation of parole, felony parolee at large, misdemeanor battery on emergency personnel, misdemeanor resisting arrest, and misdemeanor shoplifting.
Both officers sustained minor abrasions and bruises as a result of the confrontation with Dolman. 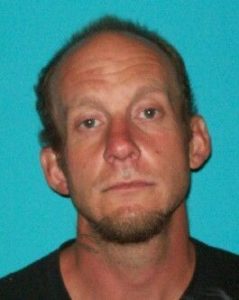