34-year-old William Joseph Vannortwick of Sonora was arrested on Thursday afternoon after attempting to flee an officer.

On November 7th, just after 230 pm, the Sonora Police Department received a call regarding a man swinging around a knife in the Lowe’s parking lot.  When the officer arrived on scene and attempted to contact the subject described by the reporting party, the man (Vannortwick) tossed aside what the officer believed to be a knife and took off running across the parking lot and into Lowe’s.  The officer caught up to Vannortwick inside and ordered him to comply at Taser point.  Vanortwick briefly acted as if he was going to comply but ducked under a lumber rack and continued running through the store and out the back of the store.  Vannortwick ended up tripping in the area of the loading dock and was taken into custody without further incident.

It was later determined that the item reported as a knife was only a barbeque lighter.  Vannortwick was booked into County Jail for resisting and delaying a Peace Officer. 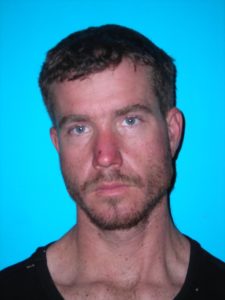