30 August 2016, Quinton Coltes, 20 of Twain Harte, was taken into custody for two counts of felony sexual assault of person incapable of giving consent. He was transported to the Tuolumne County Jail where he was booked.

This appears to be an isolated incident. However, the investigation into the matter is ongoing. No further information is being released at this time.

On a side note, if Proposition 57 passes in November, this type of crime will become a “non violent crime”, resulting in lighter sentences. 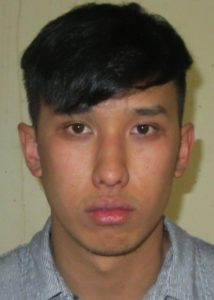