9 April 2016, at approx. 3:50 pm, an Officer took a burglary report from a resident on N. Washington Street. The victim reported an unknown responsible had removed a generator, electric miter saw, 3 fishing poles with reels, 2 tackle boxes, as well as a Waste Management garbage can from their garage/property.

At approx. 4:50 pm, the police department was notified of a suspicious male subject, in the area of Columbia Way and N Stewart Street, who was dragging a garbage can with fishing poles and a miter saw inside it. An Officer located the suspicious male, who was identified as Jason Knight, a 40 year old transient. Knight is on felony probation for possession of stolen property.

Knight was placed under arrest without incident. He was transported to the Tuolumne County Jail and booked for felony possession of stolen property, plus felony violation of probation. 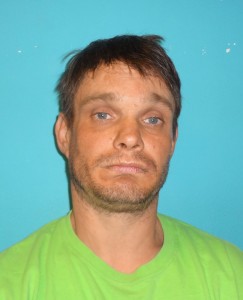